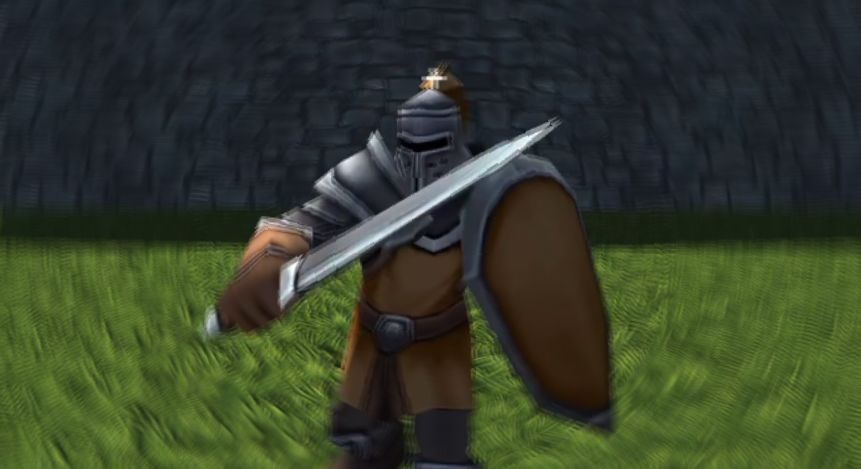 Usually, the movement of the head after hit is quite random. This means that simulation of a head shake does not require a lot of math to be involved, even opposite, the camera can be moved quite randomly and still behave as it is required.

Although the movement is random it still must follow a couple of rules:

The straightforward implementation of these rules cannot be done in a single line of code (of course it can be very long line ^_^). But Unity provides very useful API for this purpose: Random.insideUnitCircle 1. It returns a random Vector2 that is located inside the circle with radius = 1.

A series of randomly generated points can produce quite realistic path for the camera to be moved along to simulate a nice shake effect.

Here is an example for 5 random points (red arrows show the path): 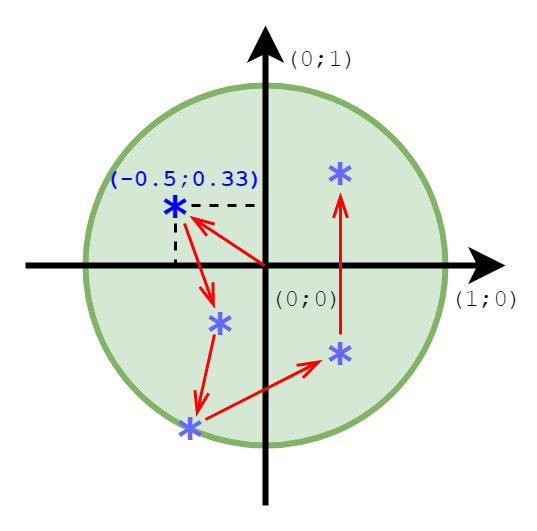 Of course, the number of points and their distance from the center can be tuned but the approach in general works.

The Shaker component is pretty simple. The key things of it are following:

The difference in gameplay perception is significant.

The complete Unity project can be found here camera-shake.

Special thanks to all creators who post free assets on the store so others can play with them.

Assets used in the current project: